This week I paid attention to and tracked some of the rhetorical tactics people used in class. 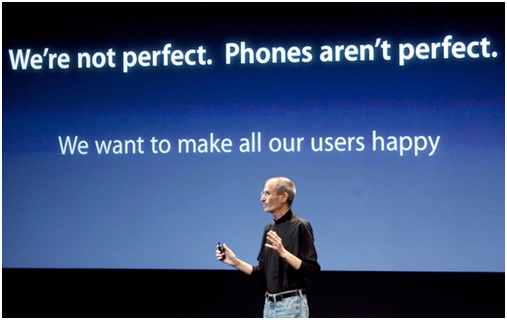 Amidst all of the doom and gloom that Foreman generates in his discussion of data modeling, collection, and privacy, he repeatedly falls back on ‘happiness’ as the only benign product of invasive technologies and marketing strategies. He claims that at the same time that companies like Google and Facebook “increase our happiness”, they are also “destroying humanity as we know it.”

At the risk of making Foreman’s piece read even more negatively than it already does, I would argue that even the so-called “happiness” that we feel from walking about with Macbooks in our messenger bags or Disney MagicBands on our wrists is just as manufactured as the machines themselves. Foreman talks quite a bit about how modern advertisements capitalize on our emotional vulnerabilities to make us associate, say, a cheap hamburger with sex. But he then seems to take at face value the ability of products to genuinely heighten the quality of our lives. Would he and his kids really have enjoyed his trip to Disneyland any less if Mickey hadn’t known which rides they’d been on? Alternately phrased, are the MagicBands actually a useful device, or are we just led to believe this because of Disney’s use of buzzwords like “effortless”, “magic”, and “enjoying the fun”? (These were all taken from the MagicBand FAQ page: https://disneyworld.disney.go.com/faq/bands-cards/understanding-magic-band/)

Coca Cola may be the most egregious offender here. In two words, they manage to create a causal relationship between opening a bottle and feeling better. If what they’re saying is true, I don’t know why more doctors don’t just prescribe Coke to treat depression.

If a company can convince us that their product will make us a happier human being, then the battle is already over. Trading personal data for happiness is suddenly an appealing enough swap – assuming we give thought to the transaction at all.

It’s certainly not an easy trade to conceptualize – “happiness” and “data” are two of the most nebulous and ambiguous commodities out there. I remember hearing in the news a few years ago when Google launched a service called Screenwise a few years ago that literally pays users to forfeit all of their Chrome browsing data. It got some buzz when it was first announced, but then promptly fell off the radar. Screenwise is still around, though it certainly isn’t one of Google’s top products or priorities.

I have a feeling that this is because Google recognizes that consumers are more willing to make sacrifices when the compensation is of a similar nature. In other words, people are OK with trading some tangible thing for another tangible thing (e.g. selling an old Nexus device for credit toward a new one) or something intangible for something else intangible (e.g., data for happiness). But people are less interested in swapping something vague (browsing history) for something concrete (Amazon gift cards). As soon as consumers are told that their data has real, monetary value, they become less willing to give it up.

I made a couple of visualizations of this week’s class discussions. I’m tempted to just throw them up here without any explanation, like Dr. Sample did with that French popsicle image, but I don’t think mine are spiffy enough to make any sense unless I provide at least some info.

That’s all I’ll say! Hopefully you can make some sense of out them. Maybe you can even come to a meaningful conclusion. Maybe not. 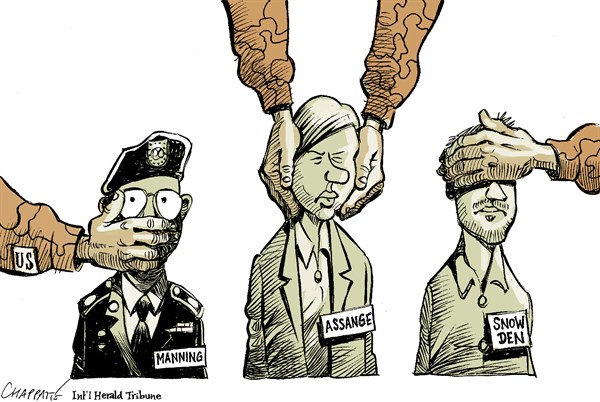 The “NSA Files Decoded” article notes that the NSA dramatically expanded the scope of its surveillance operations after 9/11, in an attempt to close the perceived gaps in America’s security network that may have allowed the attack to succeed. Put simply, September 11th, 2001 was a huge “wake-up call” for the NSA, and served as the catalyst for a great deal of reform and restructuring within the organization.

The Snowden leaks, I’m sure, have forced the NSA to re-evaluate its operations yet again. Whereas 9/11 pointed to a weakness in how the NSA and similar organizations collect information, Snowden’s actions seem to reveal a weakness in how these groups protect their intel.

I, for one, am amazed (and impressed) that a single man was able to leak so much. Of course, “knowing” (or, at least, having access to) necessarily comes before “leaking”, and Snowden definitely knew a lot. Regardless of whether the leaks end up producing any limitations on the organization’s activities, I’m sure that the NSA must be taking every measure possible to prevent this sort of incident from happening again. They can’t really afford “another Snowden,” so to speak.

To this end, the NSA is almost surely re-evaluating exactly who has access to their intel, and just how much access these individuals are granted. Yet they can only do so much. For now, humans are a necessary danger. To make sense and use of the mountains of information they collect, the NSA needs at least some high-authority individuals with the keys to the kingdom. And while these endowed individuals exist, so too does the possibility for more whistleblowers. Whistleblowers who, when acting responsibly, keep tabs on and boldly announce what even the most advanced AI can’t yet compute: the (im)morality of the actions they are witness to. The world needs more Snowdens/leakers/whistleblowers/whatevers – I just hope that there’s still room for them.