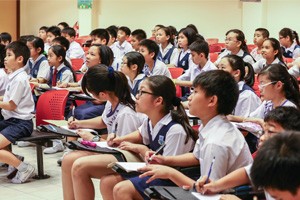 For my observations this week, I decided to record the amount of attention given directly to Dr. Sample based on his movement. For those who are constantly in class, we see that Dr. Sample has a preferred area of movement and does not venture out far from this area and its surroundings. I noticed particularly that his movements were varied in our Tuesday class. I sat on the far end left side, and he came over to my side and began writing on the white board, something which is not very common. When the class began, about 16 people were looking directly at him when he spoke from his usual speaking location. Once he ventured out farther from this circle of speaking, more students began to actively look at him. Granted some people still looked at their laptops wile Dr. Sample spoke, but there was a wider range of students paying attention when he moved. From what I could see, his number jumped from 16 to 21 once he began to move around the classroom. I later compared these numbers to the eye contact people gave him at the end of class when most of the class, except for 1 or 2 people, were looking at him. The numbers fluctuated according to Dr. Sample’s position throughout the class. When he stayed in his area, the numbers ranged from 15-19 at one time to 21-24 when he moved. From these observations, one can tell that the movement Dr. Sample employed was effective in gathering mass student attention. This also leads one to wonder why more people pay attention when there is greater movement than usual. Perhaps we as humans are so accustomed to having objects stay in place (due to technology such as phones and televisions), that we are more alerted by moving images. This observation definitely raises points about actions Dr. Sample could take if he wants to maximize the amount of student eyes on him.