I was recently watching RuPaul’s Drag Race on day time television — I’ve watched episodes in the past, and RuPaul is a fantastic entrepreneur and entertainer. It got me thinking about how drag performances can be explored in regards to expression of identity and femininity, and also the intersections between expressions of femininity and sexuality. It would appear that many (even a majority, but I will have to research more to find out for sure) drag queens, who labor to appear hyper-feminine, are also gay. I’m curious about that intersection, and also the idea of celebratory impersonations of women. Are gay men more willing to fully pursue expressions of femininity because they are an already oft marginalized group? Are expressions of femininity simply more accepted within gay culture than within mainstream culture?

When Serena ChaCha visited campus a few months ago, while in drag, she proclaimed that she “loves” women, and while “she” is a persona, as opposed to transgendered, it is rooted in celebrating “womaness” as a man.

In class we often talk about how women can adopt masculine as well as feminine traits with relative ease — in fact, in many cases, like going online, they are forced to adopted more masculine attitudes. However, men cannot adopt or express femininity as easily, which can make it difficult to explore feminine sides of their identities. Performance may be one way to tap into this. What would the landscape of gender politics look like if straight men participated in drag and celebrations of “womanness” were not regarded as campy or silly?

Mead wrote that imitations of others and game-play are integral parts of childhood development; children use imitations and games as ways of understanding other identities/roles, and by doing so, understanding their own. It builds empathy in relationships. When men are socially discouraged from exploring femininity in their own identities, it can result in a lack of empathy or understanding — which, as noted above, performance (which is really imitation in the case of drag), may be able to unlock. 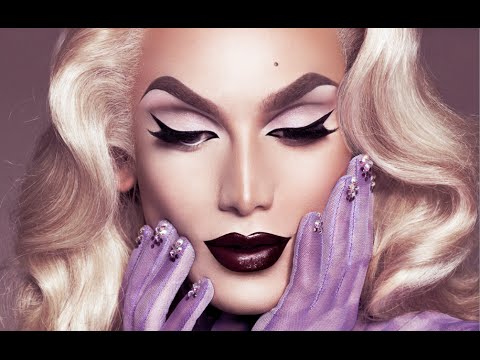 Miss Fame from the current season of RuPaul’s Drag Race